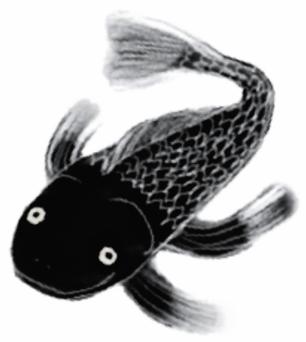 This film tells the tale of ikan, a 10-year old boy who lives with his older sister Salomah, and their stepfather Deris. Ikan adores his sister Salomah. Ikan  also  loves

Haruan - or Channa striatus - is a very special fish. Some might even say that this creature is magical. It can breathe through its skin (as long as it is moist) and survive for days on land, or longer if burrowed in mud, whilst waiting for water to become available again. Its flesh is thought to contain many nutrients which can promote wound healing and cure illnesses. However, it has no natural predator, and has been observed to devour its  own  young  when  food  is  scarce - As  suggested by the  popular Malay  idiom:

Salomah was 13 when Deris married her mother.  Salomah’s mother died soon after at childbirth,  leaving her in Deris’s care. But, like Haruan, Salomah is a survivor. Like Haruan, hungry Deris has no natural predator. Unlike Haruan however, angry Deris  is  not  a  healer.

Ikan  and  Haruan  know  that they  need to  protect  the young haruans, and save their beloved Salomah. Deris must be stopped, at  whatever  cost...